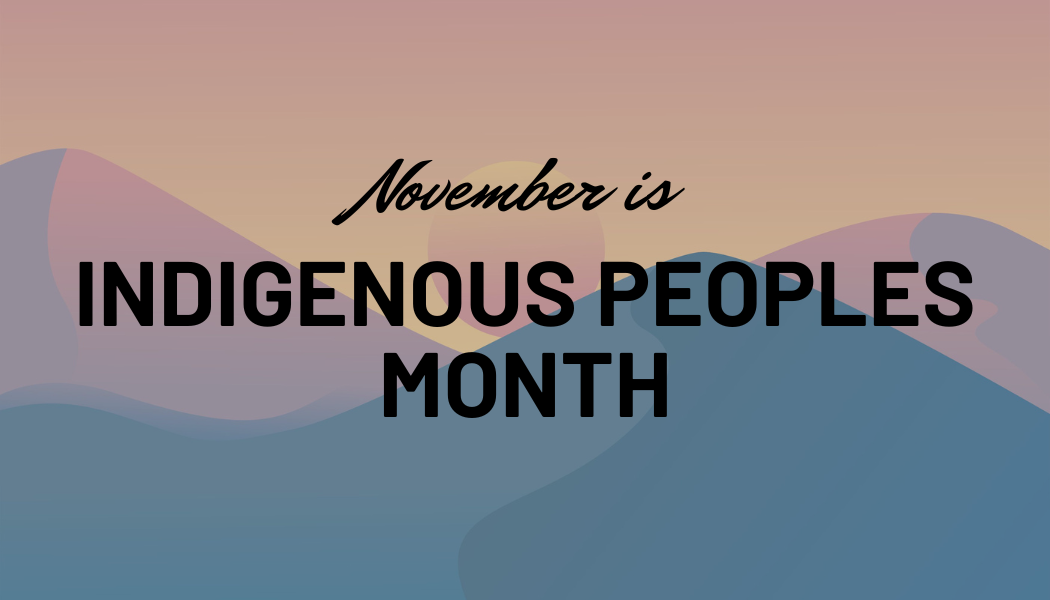 November is Indigenous Peoples Month!  This month recognizes, celebrates, and honors the significant role and contributions Indigenous Americans have made to the history, culture, and growth of the United States.