OER and Creative Commons: Is your OER text a Remix or Adaptation

A how-to guide for Creative Commons and OER.

What is an adaptation or a remix?

Unlike a collection, material that has been adapted or remixed will often lack a clear delineation between the different works, similar to a new color being created from the blending of different colored paints.

In other words, the adapted work, while still being based on the original content, will have been modified enough and in such a way to warrant its own copyright protection. Examples of adapted works, include musical arrangements, movie adaptations, as well as translations, to name a few. (3)

Not all changes, however, are considered to be an adaption, for example, minor formatting changes or the correction to spelling errors would not necessarily be defined as an adaption. (4)

Having a clear understanding of the exact copyright-terms as they exist for the area of your intended use is extremely important as the legal interpretation of what is and is not considered to be an "adaptation" is established by individual jurisdictions. 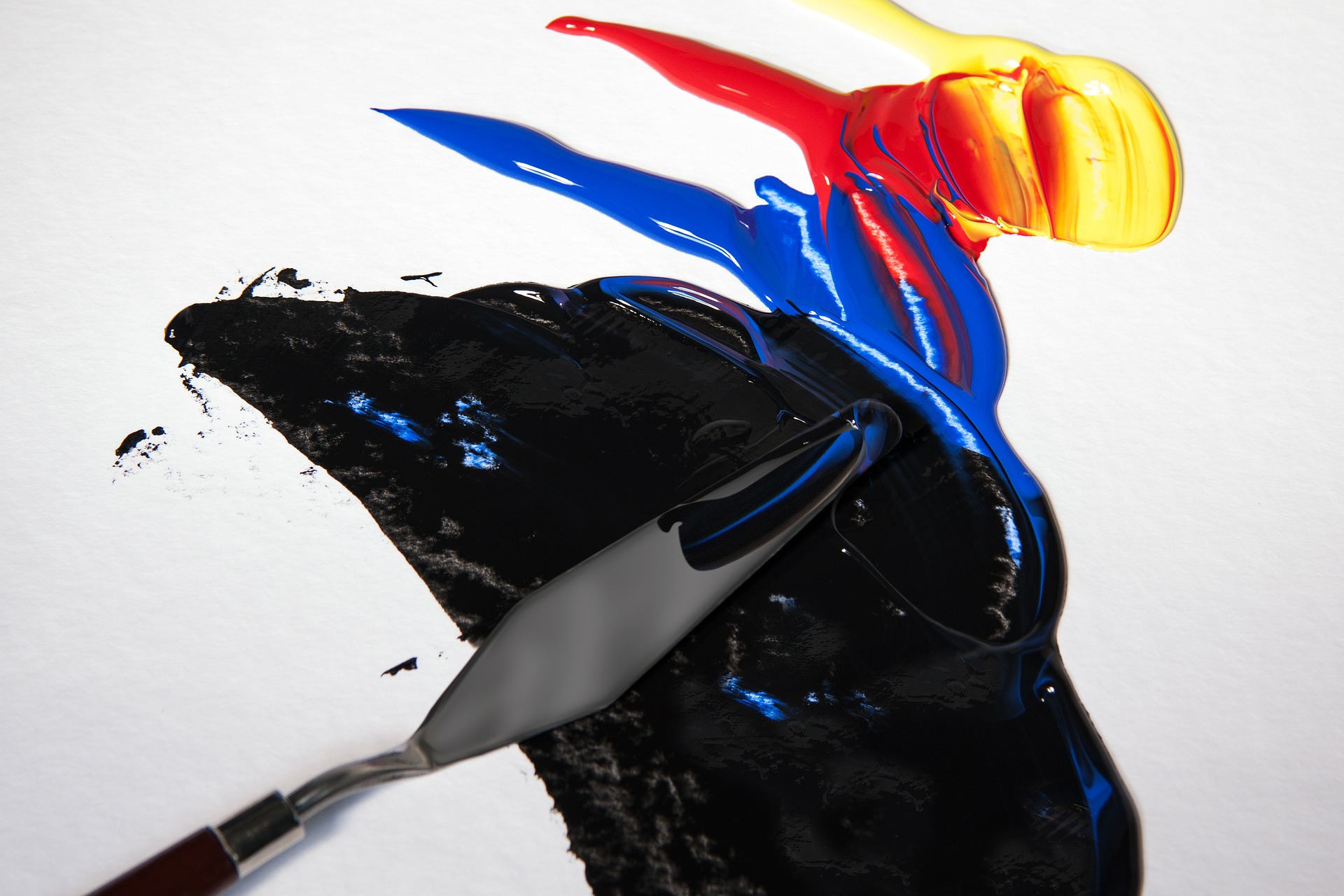 What is a derivative of a work?

In the context of working with material that carries the Creative Commons license, a derivative work is synonymous with the definition of an adaptation or remix. It can often be found in the legal wording when used in reference to any reused content that has been changed enough to fall under the established definition for an adapted work. (3)

How can a Creative Commons License be applied to this type of work?​

Similar to a "collection," any new CC license that is assigned will only apply to the adapted work itself, or as is stated by Creative Commons, will "only apply to your own contributions." (2)

Below are two tables that can be helpful when considering which CC-licensed material can be used together as well as which license you will choose to apply to the material that you are working on.

The table on the left is a breakdown of which material can be combined with other content based on the assigned Creative Commons licenses. The green checkmarks show which licenses are compatible with other licenses and the black "x" denotes licenses that cannot be remixed or used together. (5)

The table on the right is called the "Adapters License Chart." This table shows which licenses can or cannot be used for the adapted material based on the original licenses that have been assigned to the original work. The green boxes show which licenses work best together. The yellow boxes show licenses that are considered to still be within the limits of the existing reserved rights, however, they are not recommended by the Creative Commons and should be avoided if possible. The grey boxes show which licenses cannot be assigned to your new work due to being in direct conflict with the existing terms. (2) 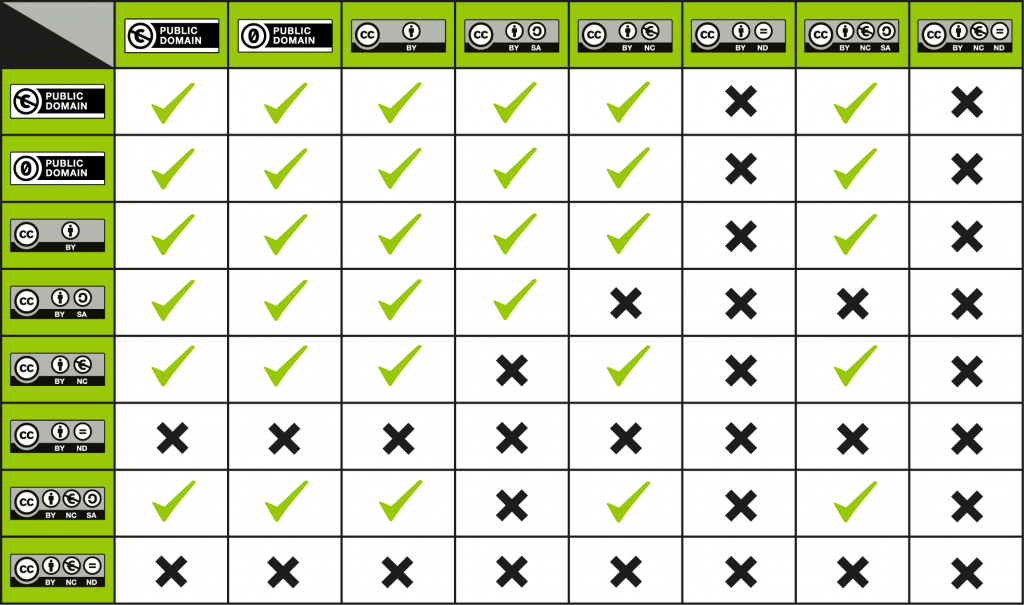 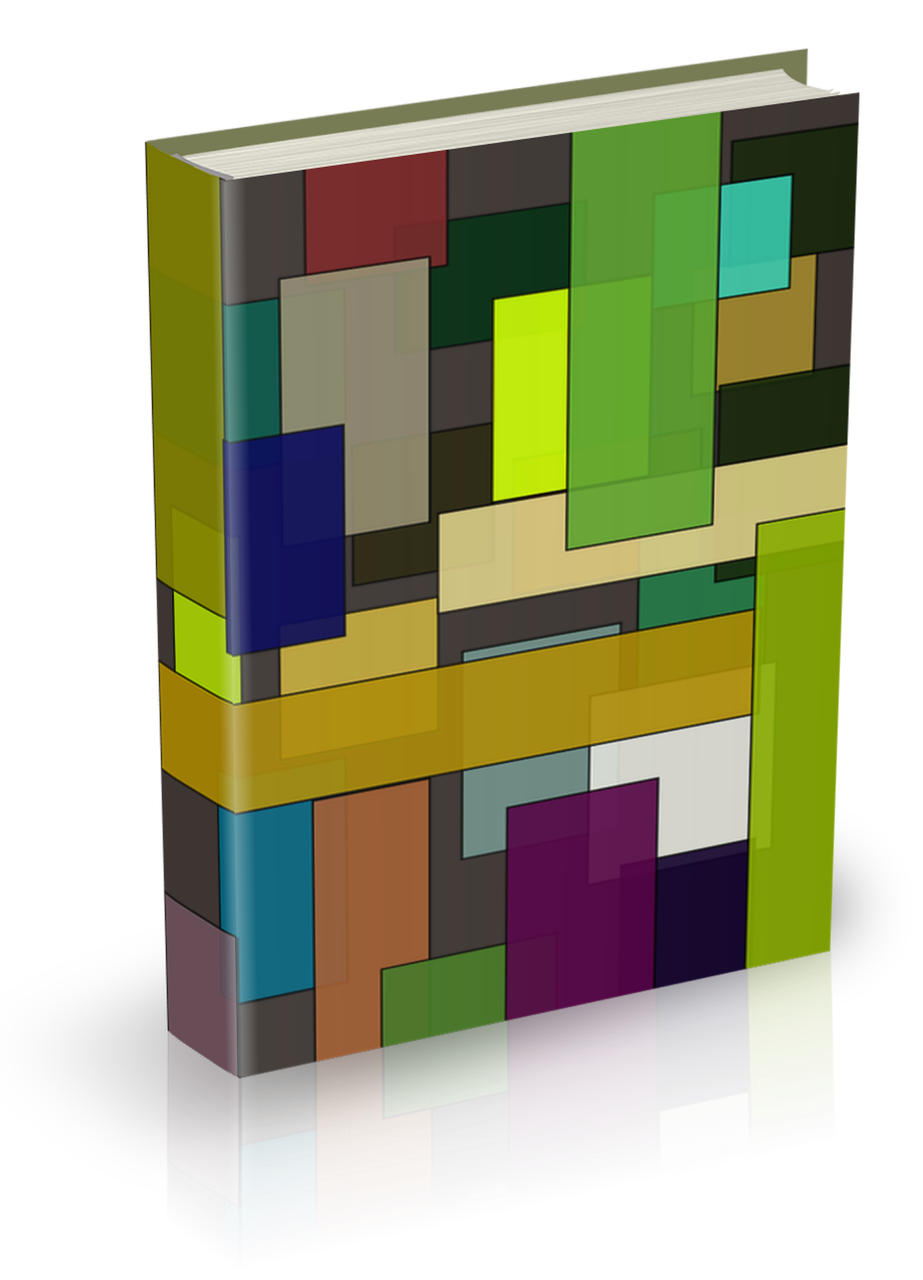